“Say to those whose hearts are frightened: Be strong, fear not!” 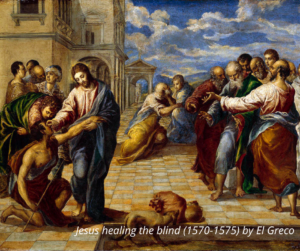 It’s been noted by some that the Bible states 365 times, “Do not be afraid!” This amounts to a once a year reminder: do not be afraid! On the one hand, in theory, all of us know that as followers of the Lord Jesus, we have nothing to fear. But, on the other hand, it is increasingly difficult to view the circumstances around us and not experience a significant temptation to become afraid.

I use the word “temptation” deliberately, because I am convinced that, even though the circumstances around us can certainly elicit feelings of concern, that reasonable feeling of concern is often amplified by the snake, the one behind our temptations. In fact, that can be one of the temptations that he throws our way, a temptation to believe that being really fearful is actually a reasonable approach to take; after all, given the circumstances, who wouldn’t be afraid? We then run the risk of mistaking an actual temptation for a reasonable response to the situation.

Why does the Lord Jesus tell us not to be afraid? Because He knows what we face but He knows even better just exactly what He is capable of! If we had a better handle on that–if we knew what power He has in us, what power He is willing to use for us–we would recognize that the People of God have no objective reason for fear. We have a Savior Who loves to save and is passionately in love with His Bride! We have a Savior Who repeatedly reminds us that He is, in fact, our Shepherd and that the clarion call of our hearts should be, “The Lord is my Shepherd, I shall not want.”

To assist us in seeing how little an objective basis for fear we have, He has given us His Word, filled with examples of how He has powerfully moved to save the People He loves. Take the example of Joshua. Imagine being the successor to Moses. You would almost think it presumptuous to think you could fill his sandals–the one who smote Egypt and led the Jewish People out of Egypt. Fear of failure in following such a man of God must have been a significant threat, a temptation, to Joshua.

How does the Holy One of Israel respond to his fear? He commands him,“Be strong and of good courage; be not frightened, neither be dismayed; for the Lord our God is with you wherever you go.” He then experiences this firsthand, the reality of the Lord’s Presence. We see earlier in the Scriptures that the Lord has prepared him for this by making him a man of prayer. We see, for example, that after Moses leaves the Tent of Meeting, the dedicated place of prayer, that “his servant Joshua did not depart from that Tent”(Ex.33:11),but remained in the Presence of the Holy One. This deeper prayer life empowered him to not give into fear when the rest of the spies were ridiculing the idea of entering the Promised Land, because “If the LORD delights in us, He will bring us into this land and give it to us, a land which flows with milk and honey. Only, do not rebel against the LORD; and do not fear the people of the land, for they are bread for us; their protection is removed from them, and the LORD is with us; do not fear them.” He knew Whom he served and what He was capable of, because he had spent time with Him.

When we find ourselves tempted to give into fear, we too need to go into His Presence and spend time with Him! We are not called to be naive, but we are called to trust Him Who loved us first. A few years ago a sci-fi movie had as a theme, concerning a father and son trying to survive in a harsh and severe environment, “the danger is real, but fear is a choice.” We are not naive about the dangers our families, our parish, our country faces, but we recognize Who we have entrusted everything to, and the more we immerse ourselves in prayer and His Word, the more we will trust in Him rather than “trusting” in the destructive power of the circumstances. So we call upon Him, Whom St. Paul reminds us gives us power to take every thought captive. We rebuke the thoughts of fear and trust Him instead! – Fr. Ed Fride