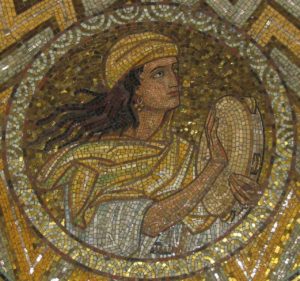 The beginning of the first reading for Gaudete Sunday invites us, in fairly specific terms, to be a people of rejoicing. This initial command here is to the People of Israel, that they would rejoice. Why are they told to do so? The Scripture answers as the passage continues: “The LORD has removed the judgment against you, He has turned away your enemies.” There are two aspects here worth considering. First, “He has removed the judgment against you.” What does that mean for us? In the ultimate sense, we were all born under judgment, born under original sin, sharing the same guilt for the Fall that every human being (but one) was born under. What was the Lord Jesus’ response to that? He chose to die on the Cross for us that we may be forgiven, that we may be moved from the Kingdom of Darkness into the Kingdom of Light. This was wondrously accomplished for us by the grace of our Baptism. 

Notice, no one is born “neutral.” There are two Kingdoms, two diametrically opposed Kingdoms, and we either live in one or the other. There is no middle ground, no “DMZ,” just those two options. The Lord Jesus reminds us of that, several times, with expressions like, “He who is not with Me is against Me.” When we make the choice to cooperate with the grace we were given at Baptism, we choose, especially as adults, to live in His Kingdom. We inherit and receive all the grace necessary to successfully live there. That applies in a particular way to that next verse: “He has turned away your enemies.” While for Israel that most often meant physical enemies actually threatening them, we are reminded that the Scriptures point out that our enemies are not flesh and blood but spiritual enemies. Can we assume that the Lord Jesus also turns them away as well? Yes, we can, absolutely, as the New Testament reminds us, over and over, e.g., “resist the devil and he will flee,” and “He Who is in us is greater!” Who is in us? The next verse from Zephaniah reminds us, just Who that is: “the King of Israel, the LORD, is in your midst.” In virtue of our relationship with the Lord Jesus, Who leads us to His Father and Who fills us with His Holy Spirit, we have the Triune God dwelling in our midst, in our very hearts. This is the most crucial dimension to our being successful in the spiritual battle we face. 

There is a wonderful, and sobering story in the Acts of the Apostles about seven sons of a Jewish priest who were not followers of the Lord Jesus. They saw Christians being successful in casting out demons in the Name of the Lord Jesus so they decided to try it themselves. They say to the demon, “I adjure you by the Jesus Whom Paul preaches.” The demon responds, “Paul I know, and Jesus I know, but who are you?” The possessed guy then beats them up and they flee “naked and wounded.” Why didn’t it work for them? They were using the Name of Jesus like some kind of magical tool. Because they were not His, they had no right to use His Name. 

Contrast that with the disciples rejoicing that “even the demons are subject to us when we use Your Name.” What was the difference? The disciples were in relationship with the Lord Jesus, so they were indwelt by the Triune God; He Who was in them was greater! In virtue of their relationship with Him, they had the authority to use His Name and be victorious whenever they confronted the enemy. 

That is the position that we are in. As baptized followers of the Lord Jesus, doing what we can to walk with Him, we too have that same authority over the powers of the enemy. Many great saints have demonstrated that capacity for the last two thousand years. In fact, one of our parish patrons, St. John Vianney, was particularly known for his victorious approach. During these interesting times, he would be a great saint for our families to invoke as we seek all the help we can get from the angels and saints the Lord gives us for our protection and victory. We are not alone! The power of the Name of Jesus is with us! Let us rejoice in Him! Come, Lord Jesus! - Fr. Ed Fride